I use social plugin for Facebook comments. Nothing unusual initially. However after migrating to new hosting provider, I started to see the tiny Facebook warning under the comment box. It say something about the URL being unreachable.

I tried few things, to the extend that I change to another hosting provider for this sake (because I read somewhere that might be due to the server blocking robots from Facebook from fetching the content).

Hope this help those who are facing the same issue as this. 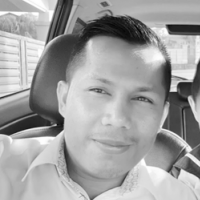 Hi thanks for dropping by. Please share the content if you think there is someone who will appreciate it.